Back in the 1800s trains were becoming a vital way of transportation. They were being utilized much more often now that engineers had invented more efficient ways to run them. However, one thing was missing, and Granville T. Woods saw what had yet to be seen. Train crashes were frequent and very costly. Mr. Woods decided that he was going to invent a product that would stop-- or at least cut down on-- mis-communication accidents. This was the beginning of the Railway Telegraphy System.
The Railway Telegraphy System is also known by a couple other names (in case you may have heard of them). They are: the Multiplex Railway System, the Synchronous Multiplex Railway Telegraph System, and the Railway Telegraph System.

Mr. Woods took advantage of the growing electricity fad and built his system so it would connect to the telegraph (now telephone) lines running parallel to the tracks. He placed an induction battery-- that is, a long lasting, durable battery-- under the communications train car. He wrapped coiled wire around the battery. When turned on, the whole apparatus would give off a magnetic force. The telegraph lines parallel to the tracks also emitted a similar but opposite magnetic force. This allowed messages to be sent from the moving train to the train station, or to other moving trains. Messages were composed inside of the train car. Granville Woods set up his own rendition of the telegraph, Morse Code and all, and connected it through a wiring system to the induction battery. He also connected a primitive telephone to the battery. The communications officer would have to decode the telegrams and also listen out for the telephone calls.

Thanks to Granville T. Woods, train travel was much safer! His invention was a blessing to train companies and a stepping stone to the future railroad industry. 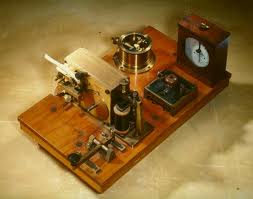 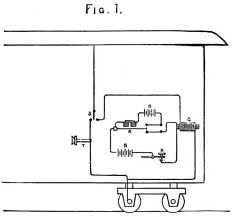